The people at People Magazine want you to know that February 20 is National Hoodie-hoo Day, when everyone should “step outside at noon, wave their hands over their heads, and yell Hoodie-hoot.”  It’s a holiday copyrighted by Wellcat.com, to celebrate the fact that spring is only a month

away. Maybe in Wellcatland this is so, but not here.  Unfortunately, they misspelled “Hootie-hoot” with a “d” instead of the more proper “t’s,” as fans of the Southern poet David Kirby can attest.

Kirby’s poem “The Fugawi” begins, “I’m walking up Park toward Grand Central/ when the second prostitute in as many blocks says,/ ‘Hey, Dave!  Wanna date?’ and I attending / my first meeti

ng of the Modern Language Association,/ pause open-mouthed and say, ‘You – you know me?/ Did you listen to my paper on foreshortening / in Henry James’ novels?’”  Then he realizes he’s still wearing his conference nametag, and suddenly “a straw hat appears on my head/ as a front tooth goes mysteriously mi

ssing/ It’s me, folks, Hickus Americanus … crying ‘Hootie-hoot … It’s me!  Dave!  Y’all know me?/ The buildings sure is tall here!  I love yooouu!  Hootie-hoot.”  “Hootie-hoot” entered our family’s lexicon when I read it embarrassingly aloud in a nice Outside restaurant and remains our communal cry of greeting.

Winter’s grip abides hereabouts, yet major league pitchers and catchers have already reported to baseball spring training camps in Arizona and Florida.   This is usually a hopeful time, but things already look grim for my

perpetually snake-bit Texas Rangers.  One of their pitchers described how he gave up a home run despite throwing a hard-to-hit-pitch: “I was able to get a fastball in,” he said, “and that was all she wrote.”  There’s debate about the source of the American expression, “that’s all she wrote.”  Some experts believe it originated during WWII with “Dear John” letters.  The Phrases.org.uk website says a “sad serviceman is supposed to have received a letter from his sweetheart.  He reads it to his colleagues: ‘Dear John.’ Well, go on they say.  ‘That’s it; that’s all she wrote.’ … ‘Dear John’ was the standard cipher amongst the U.S. military for the kind of letter that has now been replaced by a ‘you’re so dumped’ text message.”

In the 1980s I witnessed Ernest Tubb, the elderly “Texas Troubadour,” singing “That’s All She Wrote” which he composed around 1940, “I got

a letter from my mama, just a line or two,/ She said listen daddy your good girl’s leaving you./  That’s all she wrote; didn’t write no more.”    It became popular with U.S. servicemen, and Phrases.org.uk says Tubb’s the likeliest source.   However, the more exhaustive WorldWideWords.org cites several earlier non-military usages, including a 1935 Brownsville Texas Herald column by Ralph Buell about accu

sations of altered voting rolls: “That’s all she wrote and it’s final, the attorney general says in language much more eloquent and technical.”  The WorldWideWords article continues, “Buell clearly used the phrase in the expectation that his readers would recognize and understand it … It’s more likely that it was an existing folksy saying among Texans that Ernest Tubb happened to make use of.”

Raymond Scott was a magician of messaging, and you’ve heard a lot of his music without realizing it, for many of his musical themes were utilized in over 120 of Warner’s cartoons.  In mid-twentieth century Scott was a prominent composer, band leader, record producer, and inventor of electronic music instruments.  Known for his Swing-Jazz compositions like “Dinner Music for a Pack of Hungry Cannibals” and “Bumpy Weather Over Newark, 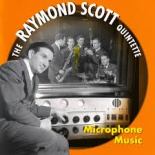 ” he called his music “descriptive jazz” and “composed not on paper, but ‘on his band’ – by humming phrases to his sidemen or by demonstrating riffs and rhythms on the keyboard … It was all done by ear with n 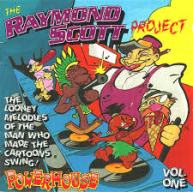 o written scores, a process known as ‘head arrangements.’” The most iconic Scott theme, “Powerhouse,” was played every time a factory or conveyor belt appeared in Loony Tunes, because Warner Brothers bought Scott’s musical publisher in 1943, and used it in 120 subsequent cartoons.

Our local library doesn’t own any Raymond Scott recordings, but it’s such an informational powerhouse they can quickly obtain them for you from other Alaskan libraries.  Your public library, where, as Ernest Tubb sang, “the door is always open and the light’s on in the hall.” 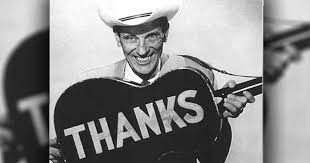