“18 Wheeler” is a video game simulating semi truck driving, but you might beware of overindulging in it, or any other video game, now that the World

Health Organization has determined that compulsive video gaming is a bona fide mental disorder, according to a recent News-Miner article. That doesn’t affect you and me, right? But what about other digital addictions? The average American checks their phone every twelve minutes, and touches, or, more aptly, fondles, their phone 2,617 times daily, and the accompanying notic 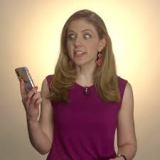 es, ads, and other digital distractions consume inordinate amounts of our precious lives.

However, “some people are beginning to fight back,” according to WashingtonPost.com article by William Wan. “A small but growing number of behavioral scientists and former Silicon Valley developers have begun trying to counterprogram those news alerts, friend request, and updates cr

owding our waking hours.” This counter-revolution is the “digital wellness movement,” and innovators are creating apps to help wean the digitally addicted back to reality. Take notifications; most people receive 65 to 80 daily, but their stress levels dropped, without spikes in anxiety, when they were bundled by an app and delivered in morning, afternoon, and evening groupings.

One way to reduce anxiety is to improve your potential income by having a vocabulary that you have not only learned once upon a time, but one you can actually wield, as OxfordDictionaries.com defines it: “hold and use a weapon or tool” or “have and be able to use power or influence.” Online sites enumerate why strong vocabularies enhance living. Commanding more words improves reading comprehen

sion and the ability to acquire new words. It makes successful communication and personal expression more likely, and, not least, better word skills significantly improve occupational success. “Why Improving Your Vocabulary Will Make You Happier and More Successful,” a Spreeder.com article, cited studies that found that “88% of Fortune 1000 executives scored well above average on vocabulary tests, with 71% of managers scoring above average.”

Fact is, simply reading for fun produces superior vocabularies. That’

easier. In fact, “when kids read and see a graphical representation of the words in-context, they retain the information better than if they read the words alone,” according to “How Comics Can Improve Your Child’s Reading Skills” by Adam Kullberg.

Adults can enlarge their personal vocabularies tremendously later in life through reading, but kids are ripe for it. That’s why they glom onto nursery rhymes so readily, even though the words are mysterious. Seriously, most grownups hav

en’t a clue what “Diddle diddle dumpling, my son John” alludes to. Turns out that “Diddle diddle dumplings” was the cry of hot dumpling vendors in old England. “Little Bo-Peep” refers to either an old hide-and-seek game or to the even ancienter game of making babies laugh by covering and revealing one’s face. And jumping over candlesticks was a form of fortune-telling: you’re in luck if the flame doesn’t go out as you pass over it.

All this is known thanks to Iona and Peter Opie, the world’s foremost experts on the wordplay of children. They married during WWII and immediatel 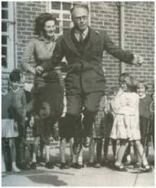 Everyone should read their first book, “I Saw Esau: The Schoolchild’s Pocket Book,” illustrated by the incomparable Maurice Sendak. Like “The Oxford Dictionary of Nur 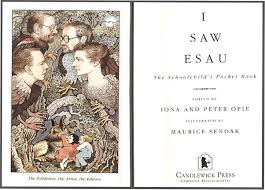 sery Rhymes,” “Children’s Games in Street and Playground,” and their other more scholarly books, “I Saw Esau” categorizes the various amusing, strange, and disconcerting examples such as “Nonsense,” “Retaliation,” “Insults,” and “Riddles,” but foregoes the historical background.

As Iona Opie wrote, “The best antidote to the

anxieties and disasters of life is laughter; and this children seem to understand almost as soon as they’re born. If laughter is lacking, they’ll create it.” The Opies’ books, and lots of laughter, are yours at your public library.