Stupidity, Waxed Tadpoles, and the Alamo

A few years ago Australian journalist Ali Clarke wrote about the “six degrees of dumbness.” These included being born stupid, circum

stantial stupidity (“through no fault of their own, they can’t access the right education, home, or learning opportunities”), instantaneous stupidity (saying or doing something you wouldn’t normally do and regret later), peer pressure stupidity (as George Carlin said, “Never underestimate the power of stupid people in large groups”), bureaucratic stupidity (no clarification required), and generational stupidity (“What is this noise they call music today, and what’s with all these tattoos and self-mutilation?”).

reading this recently was interesting because there’s a lot of stupidity going around these days. But stupidity comes in manifold degrees, as the aforementioned analysis suggests. The Online Etymology Dictionary says, “stupid” entered English in the 1540s from the Latin “stupidus,” meaning “amazed, confounded, dull, foolish, literally ‘struck senseless.’” An extreme case of stupidity, although driven by mental disorder, was recounted in a recent News Miner article about the no

tes of Van Gogh’s doctor describing exactly how much of his ear – all but the lower part of the lobe – Van Gogh cut off before going to a brothel.

Not far behind Van Gogh on the stupidity scale Texas Land Commissioner George P. Bush’s attempt to force the Daughters of the Republic of Texas (DRT), guardians of the Alamo, to hand over their collection of rare documents. For many years the State of Texas refused to pon

y of funding to maintain the Alamo site in San Antonio, so for decades the DRT staffed and operated the Alamo as a museum/shrine. The Alamo’s become such a popular site that it’s outstripped the DRT’s resources, so the state took it over as an historical site. Somehow Land Commissioner Bush, son of Jeb Bush, and his staff decided they would also take over the DRT’s library, the Alamo Research Center. However, as reported in TexasWeek.blogspot.com last July by Rick Kasey of KLRN television, “the DRT Library had always been a separate operatio

“Bush was apparently unaware of a simple fact: that librarians are the only heroic civil services class … I’ve seen them stand up to

would-be censors and to the federal government when it wanted records on what materials patrons had checked out. And now I’ve seen them take on the State of Texas over a collection of over 38,000 documents and other items – and win a decisive victory … Bush and his henchmen literally tried to lock the librarians out of their building while claiming ownership of the loot. The Daughters took him to court and won a protective order. Then, when a courtroom trial loomed, Bush and his boys folded.” So the library is run today by librarians instead of bureaucrats.

honetically by Chinese merchants using various similarly-sounding Chinese characters. The resulting names included “bite the wax tadpole” and “female horse flattened with wax.” “Coca-Cola quickly regained control over their brand and publicized a new, official translation,” that is “often heralded as the perfect brand translation: the sounds recapitulate the English name, and the meaning – roughly ‘tasty fun’ – reflects positively on the brand.” This is known as a “phono-semantic match,” and some languages, like Chinese, are better suited than En

glish, which has few phono-sematic matches beyond “chaise-lounge” and “What gives,” which matches the German “Was gibt’s.”   As Hu described it, “in English, clusters of sounds don’t have inherent meaning, so it’s hard to borrow words from other languages that preserve sound and meaning.. As a result, English mostly borrows words wholesale from other languages, like ‘fford,’ or ‘champagne.’” In Chinese, the “la” in “Cola” might mean “to slash, scabies, spicey, bald, and as seen in the strange Coca-Cola translations, wax.”

There’s a lesson for us there. “It isn’t making mistakes that’ 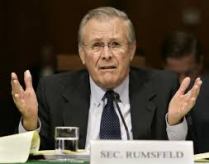 s critical,” as Donald Rumsfeld, who ought to know, observed, “it’s correcting them and getting on with the principle task.”