Some people come to the public library, or any government or business service desk, all ready to blow their tops and looking for something to put them over the edge. Sometimes their anger’s justified, for no organization is perfect. At the library a series of supervisors and managers will meet with outraged customers, and offer

carefully structured comment, rather than “complaint,” forms that help angry persons articulate their concerns and recommendations. It seems to help in most circumstances, while responding coldly and unsympathetically almost always hurts.

Last week, for example, an on-coming DOT gravel truck sprayed my pretty new windshield with rocks, scoring three major hits and a half-dozen others. It happened about 4 PM, and soon thereafter I was steamed after being cursorily referred by local DOT staff to a Juneau phone number that provided only voicemail

for me to explain my situation to.

Soon a steamy – in the bad sense – email outlining my concerns and a few recommendations was sent to Dave Miller, DOT’s Northern Region Director. Very few minutes later Mr. Miller responded saying he’d ask his staff to look into it and adding if I hadn’t been contacted within two days to let him know. They did contact me, and the windshield got fixed, and while the promised reimbursement is yet to arrive, I’m already highly mollified thanks to Mr. Miller’s quick, sympathetic, and helpful response.

“A soft answer,” as someone noted in the Book of Proverbs, “turneth away wrath, but grievous words stir up anger.” Anger, however, has its uses in negotiating, according to a recent NY Times article by Matthew Hutson titled, “The Rationality of Rage.” Hutson cited a soon-to-be-released study from the Journal of Experimental Social Psychology that tested “the effectiveness of using anger in three types of negotiations: those that are cooperative (say, starting a business with a partner), chiefly competitive (dissolving a shared business), or balanced between the two (selling a business to a buyer).” Anger worked only in the “balanced” scenario, appearing inappropriate in “cooperative” situations and inflamed tempers in “competitive” ones.

Hutson mentioned another study that found that “faking anger, compared to playing it cool, leads a negotiation partner to see you as less trustworthy, and actually increases his demands on you. While expressions of anger can elicit compromise, they can also lead to covert retaliation.”

On the other hand, you can “Choose to Be Grateful. It Will Make You Happy.” That’s the headline for a NY Times article by Arthur Brooks, who’s referred to by NBC News as “the Republican Party’s Poverty Guru” and is president of the American Enterprise Institute. Brooks cited a 2014 article in 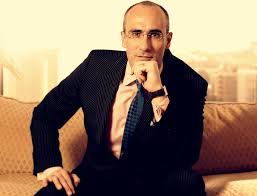 Unfortunately, there’s also a “Pumpkin Pie Paradox” that arises among the grateful. A study in Journal of Consumer Psychology reported that “people begin to crave sweets when they are asked to express gratitude.” Brooks’ strategy fo 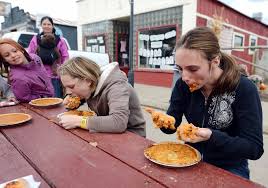 r improving one’s gratitude include practicing “interior gratitude,” or giving thanks privately,” and “external gratitude, which focuses on public expression,” such as communicating gratitude to loved ones via texts or emails. He also recommends being “grateful for useless things,” like making a green light or beauty of fresh snow.

That’s strong talk in the midst of another blizzard, but that’s “The Norwegian Secret to Enjoying Long Winter,” according to Laura Vanderkam’s online article. They start off viewing “winter as something to be enjoyed, not something to be endured …

and that makes all the difference.” Vanderkam says Norwegians achieve this by consciously “celebrating the things one can only do in winter,” like appreciating “koselig,” “a sense of coziness,” or noticing the natural beauty of the season. Seek things to be grateful for, and your world’s a better place. Or as Thornton Wilder put it, “We can only be said to be alive in those moments when our hearts are conscious of our treasure.”