Earwax, Book Banning, and the Mat-Su School Board

“Worrisome thoughts and their resulting feelings are a form of self-strangulation,” according to life-style philosopher Andrew J. Bernstein.  “They not only strangle your emotions. They affect your physical life as well, and your ability to focus and get things done.”  That rin 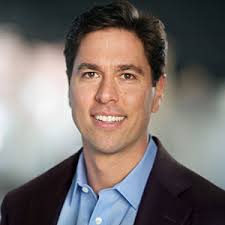 gs true in these worrisome times.  Hundreds of people worry daily about finding access to a restroom right here in the Golden Heart City.  Almost all public restrooms have been shut in recent weeks, including the public library’s popular facilities.   When public librarians go camping the tales told ‘round campfires often recount public restroom crises.   I’ve taught professional seminars titled “Potty Talk: What They Didn’t Teach in Library School,” and while I won’t share

details, as Borough Library Director, the words I most dreaded were “there’s a problem in the men’s room.”  However, I dread the thought of so many neighbors not having toilet and bathing facilities far more.

Worrying about earwax colors, the Mat-Su School Board, keeping sourdough starter healthy, not being able to pilgrimage to Onalaska and other minor Alaska-related items seems trifling by comparison.  How 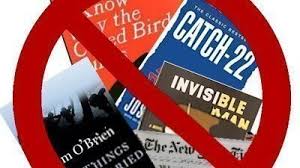 ever, restroom shortages and earwax coloring seem appropriate lead-ins to the students of Palmer and Wasilla being told recently that they shouldn’t study five American literary classics they’ll be expected to know when they go to college, books that the school board members who approved the banning didn’t bother to read themselves.

Cecil Adam’s StraightDope.com is a wonderful background resource.  Uncle Cecil’s not only very accurate, he’s saucy and fun to read.  “These are,” he wrote, “heady times for earwax enthusiasts, as researchers continue to dig out unexpected insights about this lowly substance.”  He noted that “the consistency of one’s earwax is a genetic trait … nearly everyone of African descent and most people of European descent have the yellow-brown, sticky kind, called wet earwax; the dry, pale, crumbly kind prevails in East Asia; in between, in central and South Asia, both types are common.”  The dry-wax

gene “diverged from the default wet version 2,006 generations back, or about 50,000 years ago” and “the speed with which the new gene spread through Asia suggests it conferred some evolutionary advantage, and among modern Asian, Native American, and European populations alike, the dry-wax gene is more common the further north you go” supporting the theory that it helped with cold survival.

Karl De Smedt worries about keeping his Sourdough Library healthy.  Based near Brussels, the library’s described in a NYTimes.com article by Franz Lidz, “At the Sourdough Library, With Some Very Old Mothers.”  De Smedt’s library, “a nippy 39 degrees, houses the world’s most exten

sive collection of sourdough starters, those bubbling beige globs of bacteria and wild yeast, known as ‘mothers’.”  Like Norway’s Seed Library in Svalbard and the Ice Memory Project in Antarctica, the Sourdough Library is “a preservation center.”  Donors send their “mother’s” starter and a continuous supply of their original flour, and De Smedt “refreshes them every two months.”

Outside trips are many state-bound Alaskans’ dreams, and I was intrigued about visiting all the Onalaskas since there aren’t any in Alaska.  I know there aren’t any Onalaskas in Alaska, because there are none in the “Dictionary of Alaska Place Names,” a principal Alaskana reference book I happen to own that’s authored by Donald Orth, longtime Director of the US Board of

Geographic Names who died aged 94 last year. An online article, “The Four Towns of Onalaska” by Bob Bowman, said “The town’s name came from an old Aleutian Indian word, ‘Unalaska,’ meaning ‘dwelling together harmoniously’” and the proliferation of Onalaska’s began in 1893 when William Carlisle opened a sa

Bowman wrote, that Carlisle relocated his sawmill to Arkansas a year later and named the village that sprang up around it Onalaska.  He did it again a decade later when he moved the mill to East Texas and again several years later when he moved it to Washington.  Carlisle adored the Onalaska name, but his Texas employees hated the plentiful mosquitos, so Carlisle installed screened windows and doors, which the workers promptly tore out since t 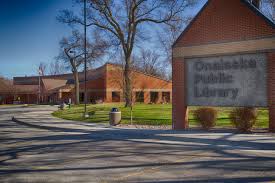 hey stifled the cooling breezes.  That’s something the Mat-Su School Board might consider logical.