American author E.A. Bucchieneri spoke for all writers when she stated, “typos keep you humble.” Thirty-six years of my weekly columns stand witness, along with the professional curse of regularly leaving the “l” out of “public” in various documents. That’s why proofreaders were created, bu

t that’s no guarantee. My third book of columns (on sale at the Literacy Council’s Forget-Me-Not Books, with every penny going to the Fairbanks Library Foundation) was proofed by two normal, three skilled, and one computerized proofreaders, b

ut a noticeable typo appeared in the very first sentence.

Typos have existed as long as writing, books, and librarians have been around: 5,000 years. For instance, the 1631 edition of the King James Bible (AKA “the Wicked Bible”) stipulates, “Thou shalt commit adultery.” A typo in an 1870 German study led

to Popeye’s spinach-fueled potency by misplacing a decimal point and claiming the vegetable had ten times its actual iron content.

Even Shakespeare had his share. Imogen, a leading character in “Cymbeline,” was based on a real figure from history named “Innogen,” and then there’s the whole glisten, glister, glitter thing in “Merchant of Venice.” In it the Prince accepts a gold box inscribed with “Who chooseth me shall gain what men desire,” opens it, and inside’s a skeleton’s head and a message: “All that glistens is not gold.” That’s how most copie

s of the play read today, but Shakespeare originally wrote, “all that glisterns,” and in modern times it’s sometimes morphed into “glitters.”

“Glitter” was a new word in 1600, and older terms with the same meaning – “to shine by reflection” – were around, like “glister, ” “glisten,” and “glasteren.” But the noun “glitter” (AKA aluminum metalized polyethylene terephthalate) was invented on a small New Jersey farm in the 1930s “when a German immigrant invented a machine to cut scrap material into extremely small pieces,” according to a NYTimes.com article by Caity Weaver. “Curiously, he did not begin filing patents for the machine that cut foil into what he called ‘slivers’ until 1961.” It’s curious due to the extreme secrecy surrounding glitter’s manufacture. The exact process is as closely-held a secret as Coca-Cola’s recipe by the two American glitter producers. “Glitter” is a mass noun, like “rice

” and “moose,” and today it’s ubiquitous, with silver being the best seller. “Humans, even humans who don’t like glitter, like glitter. We are drawn to shiny things … our attraction to sparkle is derived from an innate need to seek out fresh water” according to recent studies.

It’s not hard to fool humans; our reading brains are designed to recognize shapes or letters and words, and it’s easy to think one word then write or see something different. Careful, observant, and trained proofreaders are required to catch bloopers before they burst on the reading public. Among these literary craftspeople, Mary Norris, the New Yorker Magazine’s “query proofreader” is legendary. Norris (AKA “the Comma Queen”) has

written two books of observations about her vocation that make fun reading.

Before beginning her New Yorker job in 1978, Norris acquired a good liberal arts education and then worked as a milk truck driver, mozzarella packager, and dish washer which all contributed to her developing another important life skill: common sense. Writers often suspect or resent changes suggested by proofreaders, but Norris provided perspective on the role and ability of good proofreaders, saying they, “are not rigid, mean, lowly, eager, and bitter! We have lots of flexibility … we are not the enemy. We love the language, and we do our best to stay out of the way and make the authors look good.”

Norris is a proofreading demigod, and I am unworthy of touching the h

em of her grammatical robes, but people nonetheless regularly seek my advice about words and usages. Recently an acquaintance asked me which is correct: “rights-of-way,” as she’d seen in a GVEA ad, or “right-of-ways.” I replied, as librarians often do, that “I don’t know the answer, but I know how to find it.” Merriam-Webster assures us either’s okay, but Black’s Law Dictionary says that “rights-of-way” is legal.

Typos will always be with us, but as J.R.R. Tolkien said, “All that is gold does not glitter,/ Not all those who w 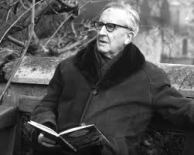 ander are lost,/ The old that is strong does not whither,/ Deep roots are not reached by the frost.