“Consider what you have in the smallest chosen

library,” Ralph Waldo Emerson once suggested.  “A company of the wisest and wittiest men that could be picked out of all civil countries, in a thousand years, have been set in best order the results of their learning and wisdom.”  Libraries come in all flavors. There’s the Graveyard 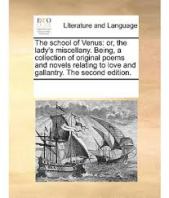 lish libertine literature, including the 1857 Venus Miscellany, which is said to be the first American pornographic newspaper.”

Then there’s the University of London’s Warburg Institute Library.  Wikipedia says “its focus is the study of cultural history and the role of images in culture … It is concerned with the histories of art and science, and their relationship with superstition, magic, and popular beliefs.”

In 2016 Adam Gopnik described it as “a library like no other in Europe – its cross disciplinary reference, its peculiarities, its originality, its strange depths and unexpected shallows. Magic and science, evil eyes and saints’ lives: these things repose side by side in a labyrinth of imagery and icons and memory.”

Founded in 1900 by Aby Warburg, scion of a wealthy German family, it was moved to England in 1933 to escape

the Nazis.   Aby, the founder of iconography (the study of symbols) who died in 1929, adored Florentine libraries and art where he learned that classical art “was deeply rooted in more ancient practices, particularly in astrology and other kinds of semi-magical beliefs, and in religious doctrines, some of them very esoteric.”  The “iconography” of classical art is

the vast array of symbols that connote hidden meanings to those in the know. Dogs, for example, represent fidelity and loyalty, and the image of unlit candles means the approaching end of virginity.

The Warburg’s famous for its unusual organization.  The library’s website says their collection is separated into “categories of Image, Word, Orientation and Action” and these divisions   “encapsulate its aim: to study the tenacity of symbols and images in European art and architecture” (which are on the first, or “Image” floor) … “the persistence of motifs and forms in Western languages and literatures (Word, 2nd floor); the gradual transition, in Western thought, from magical beliefs to religion, science and philosophy (Orientation, 3rd & 4th floor) and the survival and transformatio

n of ancient patterns in social customs and political institutions (Action, 4th floor).”  Navigating it takes some getting used to.

Over in Nice, France, the administrative offices of the public library are housed inside a building designed as a giant blockhead.  That’s reminiscent of our Borough administration’s recent boneheaded decisions to reduce the staff and hours of operation of the most popular Borough facility and to eliminate the library’s computer tech staff so no techies are on hand to bring up downed systems or revive stalled software.

The Five Laws of Library Science, set forth by S.R. Ranganathan, the father of Indian librarianship, are these: books are for use (rather than chained or otherwise l

imited in their usability), every reader his/her book (collect materials people want to use), every book its reader

(allow readers to use by using open, browsable shelves and intuitive organization of the collection), save the time of the reader (like having skilled tech workers on the library staff), and the library is a growing organism (library collections and services need to reflect the changing needs and desires of the readers).

Poorly informed persons might object to Ranganathan’s ideas, but as Oliver Wendell Holmes said, “Every library ought to be complete in something, if it were only the history of pinheads.”