Teaching an Osher Lifelong Learning Institute class on Patrick O’Brian was more involved than anticipated. Having read (and listened to) the entire 20-volume – all 7,000 pages – of O’Brian’s “Aubrey/Maturin” series many times, as 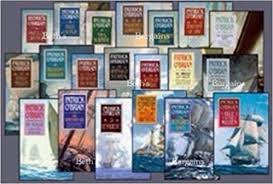 well as consulting a dozen or more Aubrey/Maturin-related reference books, you’d think I’d have it down, but so there’s so much there! That’s one of O’Brian’s novels’ many delights: the allusions, asides, and minor historical references that pepper his books invariably lead those willing to invest a bit of research time to amazing and amusing, yet little-known, aspects of humankind.

For example, the novels, set at sea during the Napoleonic wars, include a scene involving a bosun (the ship’s “sergeant-at-arms”), flogging his ma 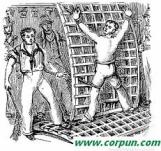 te, causing Maturin to state that if that sort of barbarity had to be executed, they should be fair and use Bentham’s Whipping Machine. Searching revealed that Jeremy Bentham, a judicial reformer in Parliament in the early 1800s, developed an algorithm to predict how much pleasure people got from doing specific bad things, and a corresponding algorithm to determine how the pain needed

to just surpass those illicit pleasures. He then built a cane-wielding machine that doled out precise amounts of chastisement. Bentham also helped found the University of London, once they agreed to stuff him when he died and keep him on campus in perpetuity.

O’Brian was the leading historical scholar of the Napoleonic period, and his books are drenched with a

ccurate history, a godsend to those who share his taste in off-beat biographical sketches. His 1947 compendium of unusual travel tales, “A Book of Voyages,” is an especially target-rich environment, including a brief, intriguing biography about French author, traveler, and jewel merchant Jean-Baptist Tavernier, who actually saw the fabled Great Moghul’s Peacock Throne in India in the mid-1700s and described it in “T

ravels Through Turkey and Persia to the Indies.” Tavernier wrote it “was in form like one of our Field Beds, six foot long and four broad,” with a round bolster in the back and flat cushions on the sides. But it was the jewelry that amazed him. The throne included, “about 108 Rubies … the least of which weighed a hundred Carats,” 160 emeralds, and the canopy was “all embroidered with Pearls and Diamonds.” Atop stood a golden “Peacock with its tail spread, consisting all of Saphires and other proper color’d Stones.”

“Book of Voyages” also touched on Philip Thicknesse, an eighteenth-century “British author, eccentric, and friend of the artist Thomas Gainsborough.” In “Dr. Viper: The Querulous Life of Philip Thicknesse,” biographer Philip Gosse described Thicknesse as “Soldier, traveler, and journalist, he ranged widely through the eighteenth-century, cherishing affronts, provoking insults, and making enemies ofhis friends.” For instance, he often dedicated his books to adversaries in scathing terms. He described one, James Adair, as a “base defamer, vindictive libeler, a

scurrilous, indecent, and vulgar scribbler” with a “lewd and wanton daughter.” In return, Adair dedicated a book to Thicknesse, “a celebrated Gout Doctor, Rape and Murder Monger,” who “scatters his dung with an air of majesty.”

Besides “prompting his first mother-in-law to commit suicide by hurling herself out of a window onto some iron railings on the very spot where Thicknesse had – quite literally – abducted her daughter, according to www.English.Heritage.org.uk, a British Medical Journal review said he was “an opium addict, blackmailer, and a crook who cheated his own son George.   He never forgave George fo

r allowing himself to be defrauded, and signed his memoirs “Lieutenant Governor of Land Guard Fort and unfortunately Father to George.” He considered George to be “inattentive,” and his will ordered his to be hand cut off and sent to George, “to remind him of his duty to God after having so long abandoned the duty he owed a father.”

Before dying Thickness became an “ornamental hermit,” an 18th-century fad in which Wikipedia says odd people “were encouraged to dress like Druids and remain permanently on-site, where they could be fed, cared-for, and consulted for advice or viewed for entertainment.” 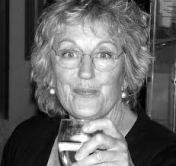 The same can be said of well-founded, cared for, and consulted personal libraries. Plus as Germain Greer noted, “a library is a place where you can lose your innocence without losing your virginity.”