The Russian government could use some lessons in polite communications. Beside their proclivity for hacking, leaking, and mendaciousness, they’re hearing from extraterrestrial

s and not telling anyone. On May 15, 2015 a Russian Academy of Science radio telescope apparently picked up “mysterious signal spikes emitting from a 6.3-billion-year-old star in the constellation Hercules – 95 light years away from Earth,” according to Oberver.com. Turned out the signal came from Earth, but why didn’t the Russians share this discovery when it occurred?

ian, Dutch, and American scientists. Researchers at Eotvos Lorand University in Budapest have found “that dogs understand both the meaning of words and the intonation used to speak them. Put simply, even if you use a

very excited voice to tell the dog he’s going to the vet, he’ll probably see through you and be bummed.”

They already knew that dogs respond to human voices better than wolves, dogs “are able to match hundreds of objects to words, and can be directed by human speech.” This time scientists discovered that “dogs are m

ore like humans than was previously known … the dogs processed the familiar words regardless of intonation, and they did so using the left hemisphere, just like humans.” They also found that “the dogs’ ‘reward center’ – which is stimulated by pleasant things such as petting, food, and sex – did the brain equivalent of jumping and yelping when positive words were spoken in a positive tone.”

An American research team is determining “What Does a Dog Want More – ‘Good Boy” or Treats?” A WashingtonPost.com article by that title described Emory University’s professor Gregory Berns’ “Dog Project” that uses MRI scans “to learn whether food is what dogs ‘really care about.’” They found that dog “brains were stimulat

ed by the praise just as much, if not more, than the food.” “Berns selected dogs that would lie still for 30 minutes while awake and with the MRI running. High energy canines didn’t make the cut … ‘These are not super-athletic, high-drive dogs,’ he said. ‘Lots of retrievers.’”

Meanwhile, Dutch scientists have determined that neither dogs or cats make the list of the top five best mammalian pets, again according to WashingtonPost.com. They studied 90 pet species to judge their “behavior and criteria, including their food, shelter, and reproductive needs

, as well as their risk to humans and other animals.” Rising to the top were Sika deer, Agile wallabies, Tamar wallabies, llama, and Asian palm civets.

Dogs still top my favorite pet list, and “Do you have any books about d

ogs?” is in the top five of my favorite reference questions fielded in 30 years librarying. Humans usually don’t internally verbalize questions before asking them audibly. Often there’s an amorphous concept we want to know about, but we haven’t mentally phrased it before we start talking about it. To counter this, reference librarians narrow the search by asking gentle, guiding questions of their own, like “Are you looking for information about wild dogs or domestic ones?” “Do you want to know about a particular breed, puppy training, dog diseases?”

Clever librarians rely on tools, like a knowledge classification scheme. Melvil Dewey published the Dewey Decimal Classification System (DDC) in 1876, and it remains the most popular in the w 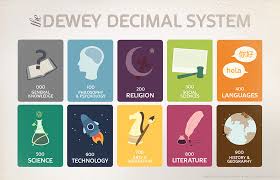 Which is better? In Dewey’s system, wild dog books will be found under the “Science” subject heading at “599,” but pet domesticated dogs are at 636.7 under     “technology.” In LCC domestic dogs are found under the broad heading “S – Agriculture” in the “SF – Animal culture” section.   Which is best? Dewey works great in smaller libraries, while large libraries need the extra categories LCC provides.

They both improve communicati

ons by designating places to look for information in a logical, efficient, and forthright manner, and suggest other good places to search. And when you get down to the nitty-gritty, as the Russian proverb puts it, “That is where the dog is buried.”