Most librarians, at some point in their professional lives, have agreed with Jordan’s Queen Rania when she said, “There are so many misperceptions and stereotypes out there that I

would love to see clarified one day.” The object of Queen Rania’s concern, Western tall tales surrounding the Muslim faith, was the basis of many of the more lurid rumors circulated in Britain leading up to the “Brexit” vote to leave the European Union. Much of the hyperbole there, and here in our nasty elections cycle, has revolved around immigration. A recent Economist Magazine article titled “Ignorance Isn’t Bliss” noted that “a 2013 poll found that Britons thought 24

% of the population was Muslim – almost five times the correct figure.” A more recent U.S. survey found that Americans think 33% of our population are immigrants, when the actual number is 14%.

“1984,” Orwell’s dystopian novel about governments spewing so many lies and half-truths that falsehood become accepted as truth, has nothing on American political action committees. And both the pro-and con-Brexit campaigns made considerable use of misinformation, accord

ing to “Debunking Years of Tabloid Claims About Europe,” an Economist.com article from last week. “Britain has a long and well-observed tradition of fabricating facts about Europe – so much so that the European Commission (EC) set up a website to debunk these lies.”

Mostly flowing from the poisoned pens of the British tabloid press, these lies include the EC forbidding bananas that are too curvy and playground merry-go-rounds going too fast, and requiring all cows to wear diapers. The lurider, the better, according to the tabloids. “Tabloid” was coined in the late 1900s a 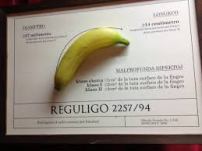 s a proprietary name of a medicine sold in the form of tiny tablets. Tabloid newspapers were so-called because they had “pages half the size of those of a standard newspaper, typically popular in style and dominated by headlines, photographs, and sensational stories,” according to OxfordDictionaries.com.

or making up shocking stories in order to sell more papers, and it’s worked pretty well especially for the last 150 years. Speaking of the EC’s efforts to refute the lies emitted by British tabloids, like the infamous Daily Mail, the Economist article said, “Sadly, for all the commission’s hard work, it is unlikely to be heard. The average rebuttal is read about 1,000 times. The Daily Mail’s website, by contrast, garners 225 million visitors each month.”

Hopefully, everyone has an array of guardian angels, and the one that looks like a librarian is the one asking about the reliability of the sources of the information we receive. Is it coming from the Christian Science Monitor, or is the source Fox News? “A little learning is a dangerous thing,” Alexander Pope mentioned 300 years ago. “Drink deep, or taste not the Pierian spring: there shallow draughts intoxicate the brain, and drinking largely sobers us again.”

ng was created by the blow from the hoof of the winged horse Pegasus in Macedonia. That’s where musical Orpheus resided and the Muses romped. It’s named after the Pierides, the daughters of King Pierus, who challenged the Muses to a contest and were turned into birds when they lost, specifically magpies.

Pope meant, “A small amount of knowledge can mislead people into thinking that they are more expert than they really are,” according to Phrases.org.uk, and there’s no better tool for drinking deeply than your public library, and no better guides than your friendly local librarians. Librarians have long been stereotyped as mild, meek, and sensibly dressed. But after a lifetime among them I can assure you that most are brave, intelligent, and committed to public service. Historical examples of librarians include Mao Tse Tung, J. Edgar Hoover, and Casanova, as well as a bevy of excellent Alaskan specimens.

In his book “The B

ad-Ass Librarians of Timbuktu,” Joshua Hammer wrote about another “a superhero-librarian,” Abdel Kader Haidara of contemporary war-torn Mali.   Haidara pulled off “a difficult, at times insane task”: smuggling nearly half a million ancient texts from Timbuktu’s fabled libraries 1,000 miles to safety through the Islamic jihadis.

As noted young adult author Joan Bauer put it, “When the going gets tough, the tough get a librarian.”