Prince, the flamboyant and recently deceased musician, once said “Time is a mind construct. It’s not real.” Time comes in handy in many ways, nonetheless, and few things transcend time more than the “What’s wrong with these kids today?” refrain echoing down the ages. For i 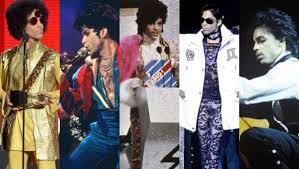 nstance, Prince was a fashion-setting clothes-hound. His purple velvet get-up for his famous “Purple Rain” album has spawned countless internet imitators, including lots of babies, complete with ruffled shirts and thin mustachios. And you can pick up an adult-sized “Deluxe Prince Purple Rain Theatrical Costume” for only $509.99 through Amazon.

Prince’s dress was initially avant-garde, and he continually reinvented his professional costuming to remain edgy for the same reason Byzantine teens used to dress up like Huns right when Attila was scaring sensible folks: shocking the oldsters and carving out a ne

w cultural niche. It certainly didn’t stop when Attila died of a nosebleed on his wedding night.

“15 Historical Complaints About Young People Ruining Everything,” a MentalFloss.com article by Jon Seder, includes a complaint in the London Times in 1816 about the dangers of waltzing, abho 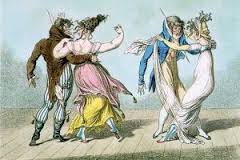 ring “the voluptuous intertwining of the limbs, and close compressure of the bodies … we feel it our duty to warn every parent.” A 1771 letter in the Town and Country magazine bemoaned the fad for dandified men’s attire, calling the wearers “a race of effeminate, self-admiring, emaciated fribbles.” Other gripes from the ages include worries about young persons’ speech, cursing, cuteness, playing chess, and even, in 1790, reading. In “Memoirs of the Bloomsgrove Family” Reverend Enos Hitchcock cautioned against the “free access which many young people have to romances, novels, and plays” which have “poisoned the mind and corrupted the morals of many a promising youth.” Imagine him perusing Harry Potter.

I’ll bet the ranch that teenage girls have been rolling their eyes since time immemorial, and a recent NYTimes.com article, “Why Teenage Girls Roll Their Eyes” by clinical psychologist Lisa Damour, proposed some intriguing reasons. Adolescent girls want autonom

y, so “taking orders can be especially annoying for teenagers … She may see no point in fighting back, but still feel compelled to broadcast her objection … ophthalmic calisthenics offer a useful solution.” Other times eye-rolling helps maintain composure under stress, lets adults know when they’ve crossed a line, and “girls occasionally use eye-rolling as an immature act of aggression”

Between eye-rolls many of them are reading. A Pew Research study found that 18-29 year-olds buy the most books and use their public libraries the most. That means they’re reading for pleasure, and when kids read for fun, they’re much more likely to read better in school and work. It’s clear that more kids need encouragement towards pleasure reading, as evidenced in the recent News Miner article, “Test Show High School Seniors Not Improving In Math, Reading.” Readings scores have dropped five points since 1992, because scanning isn’t reading.

Some claim they read a lot because they’re constantly online, but that’s bogus. In a NYTimes.com article, “Sorry You Can’t Speed Read,” psychologist Jeffrey Zacks wrote that his Washington Universi

ty in St. Louis team “reviewed the empirical literature on reading and concluded that it’s extremely unlikely you can greatly improve your reading speed without missing out on a lot of meaning. Certainly, readers are capable of rapidly scanning a text to find a specific word or piece of information, or to pick up a general idea of what the text is about. But this is skimming, not reading.”

ens with gift cards to bookstores. Let them choose their fun since it’s bound to be different from ours. And some of them might turn out to be like Prince, who in 2001 anonymously donated $12,000 to help keep open the Western Branch Library in Louisville, “the first full-sized library in the U.S. to exclusively serve African Americans” when it opened in 1905 with “an all-black staff.”

“There’s something about having peo

ple around you giving you support that is – it’s motivating,” Prince once said, “and once I got that support from people then I believed I could do anything.”