Khipus, knotted string records, were the data collection technology preferred by the Incan administrators 500 years ago. A NYTimes article from last January reported that, for the first time, a collection of ancient khipus were discovered where they were actually used: in an agricultural storehouse 100 miles south of modern Lima. “Khipus are made of a series of cotton or wool strings hanging from a main cord,” and are more complex than you might suppose. “Each string may have several knots, with the type and location of the knot conveying meaning. The color of the strands used 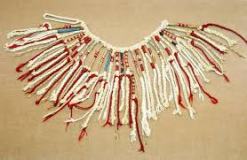 to make the string and the way the strands are twisted together may also be part of the khipus’ system of storing and relaying information.”

Although they’ve “long had a basic understanding of the numerical system incorporated in the khipus … researchers have been unable to identify the meaning of any nonnumerical signifiers.” The storehouse housing the newly-found khipus was a staging area for troops invading southern Peru. Since the ancient Peruvian diet is known, it’s hoped that by comparing the khipus with crops stored nearby, the mysterious Inca knotting code may start to be unraveled, so to speak.

Mankind has always struggled with remembering, and some of us more than others. When I recently encount 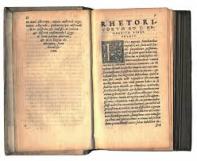 ered another NYTimes article titled “An Ancient and Proven Way to Improve Memorization,” I read on. It described a book anonymously written in 80 BCE, “Rhetorica ad Herennium, the oldest book written on rhetoric, and it “teaches the ‘method of

the loci,’ also known as ‘the memory palace.’ As its names suggest, the approach involves associating the ideas or objects to be memorized with memorable scenes imagined to be at well-known locations (‘loci’), like one’s house (‘palace’) or along a familiar walking route … Before books were common, the method of loci helped lawyers and others retain and recall information necessary for their jobs.”

All well and good, but our attention spans are dropping so rapidly that concentrating long enough to construct memory palaces might be beyond us. According to NetworkWorld.com, “If you use multiple digital devices, then you may have a shorter attention span than a goldfish.” They cite a Microsoft 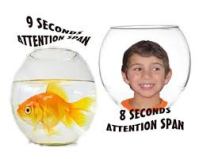 study that found that the “average human attention span in 2000 was 12 seconds, but by 2013 it was only 8 seconds (1 second shorter than a goldfish) … The research found that ‘overall, digital lifestyles have a negative impact on prolonged focus.’ Multi-screening behavior, media consumption, social media usage, and technology adoption rate were listed as the top factors that impact attention span and the ability to stay focused on a single task.”

Getting a good night’s sleep is a good place to start improving your memory. IFLScience.com reported on a recent University of California, Riverside study that found that 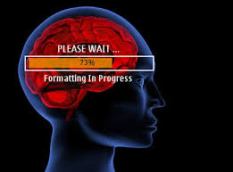 although humans and animals “decouple” their brains from sensory input during sleep, parts of their sleeping brains remain busy taking information stored in the hippocampus and transferring it to long-term memory in the cortex. In a related study from Britain’s Lancaster University, researcher Padraic Monaghan wrote, “We now know that sleep has profound implications for lots of human tasks.” Sleep improves memory, helps consolidate information, improves the quality of the stored information, and has “a positive effect on problem solving.”

The saying “dumb as a stump” must be reconsidered in light of evidence from the University of Western Australia that plants have memory, too. They tested the “touch-me-not” mimosa, that folds its slender leaves when touched, by dropping it onto foam-lined surface from a nonfatal height. “M

imosas subjected to a single drop quickly closed their leaves,” but when they were repeatedly dropped they stopped closing. When retested a month later, “the plants not only remembered that the stimulus was harmless, but opened their leaves more widely, showing that they had adapted to their new environment.”

If plants can do it, so

can we. A poor memory’s no excuse for forgetting to promptly return the library books, DVDs and other materials we borrow before the librarians have to track us down with reminders. We enjoy the friendliest of libraries, but as James Howell pointed out, “The creditor hath a better memory than the debtor.”