This era of political and cultural rudeness is certainly nothing new. In the latter 1600s French philosopher Jean de la Bruyere castigated his contemporaries’ wid

espread rudeness, saying, “Incivility is not a Vice of the soul, but the effect of several Vices; of Vanity, Ignorance, of Duty, Laziness, Stupidity, Distraction, Contempt of others, and Jealousy.” Not being above rudeness himself, his main work was “The Characters: of the Manners of the Age,” wherein he defined “qualities such as dissimulation, flattery, or rusticity” and gave examples drawn from unnamed but real people ostensibly “for the purpose of reforming manners.” Figuring out who la Bruyere was describing became a popular Parisian pastime, and made him many enemies.

Another form of instructive rudeness comes from grammar Nazis. “Are Yo 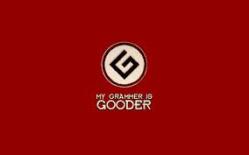 u a Grammar Pedant? This Might Be Why,” an article by David Shariatmadari in last week’s TheGuardian.com described research into why some people are hypersensitive to “typos” (“mistakes that can be attributed to the slip of the finger”) and “grammos” (“errors involving knowledge of the rule

Sometimes rudeness is discreet. An example arose during the Osher Lifelong Learning class on English country dancing – that Jane Austen style of dancing in long lines facing your partner and taking turns parading down the middle of the rows – when I was reminded of films reels I’d seen of post-slavery Afri

Seeking possible connections, I did some librarying and found an academic paper by Meghan Hilbruner titled “It Ain’t No Cake Walk: the Influence of African American Music and Dance on the American Cultural Landscape.” “The original Cakewalk, as we know from oral tradaition, was a dance that imitated the style of dance slaves saw their masters perform,” Hilbruner wrote. “The dance slaves imitated was from the early 1800s, known as the Georgian or Regency period … The enslaved folk saw these dan

ces when serving at parties held in the big house. Enslaved folk found the intricate and stiff dancing funny and ‘high mannered’ … Cakewalk dances involved high steps and jumps … it exaggerated the small skips and hops in the white dancing.” The white masters failed “to realize that the enslaved folk were not learning out of interest in the whites’ dance, but in mockery of it.”

Once tea parties were considered rude. According to “When Sipping Tea Was a Socially Ruinous Act,” an AtlasObscura.com article by Hillary Meares, “there was a time when tea was seen as a threat to

Christian values and the social hierarchy of the Western World.” When introduced to Europe in the 1500s, tea was prohibitively expensive early on, but prices dropped and soon British commoners began consuming the brew. Tea parties provided women chances to congregate and socialize, thus leading their male contemporaries to fear their “general domestic irresponsibility,” and “threat to national instability.”

ng Elizabeth Cady Stanton had a tea party in July 1848. “I poured out, that day, the torrent of my long-accumulated discontent,” Stant

on remembered, “with such vehemence and indignation that I stirred myself, as well as the rest of the party, to do and dare anything.” A few weeks later the women’s rights movement, which many people considered quite rude, was launched at a convention of women, including Stanton, at Seneca Falls.

Shameful rudeness is achieved when libraries become too expensive to use. Last

week the NY Times reported on how $.50/day late fees charged by the public library of San Jose, CA are prohibiting 39% of all users from borrowing books or using the library computers. Half of the city’s children, mostly from low-income families, have unaffordable overdue fines. A cost-benefit analysis prepared by our library at former Assemblyperson Bonnie Williams request that showed that the our library’s policy of not charging overd

As Ann Taylor wrote, “One ugly trick has often spoiled/ The sweetest and the best.”