Demonyms, Pendants, and Reading for Fun

“Generous” and “thoughtful” were labels that came to mind when I received a book in the mail titled “Labels for Locals: What to Call People from Abilene to Zimbabwe” and read the enclosed card from author Paul Dickson that mentioned his enjoying my columns and making a gift of his informative book.

Dickson’s book of “demonyms,” or “a name for a resident of a part 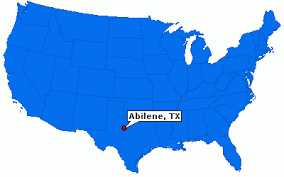 icular locality,” is “meant to be used by those who want to find the proper form – or forms – of address or reference for people in a particular locale.” Having grown up in Abilene, Texas, I was pleased to see he got “Abilenian” right, but the “Alaskan” entry was more interesting. “[T]here is some resistance to its use as an adjective,” Dickson noted. He cites the respected Russell Tabbert, author of “Dictionary of Alaskan English”: “I have heard from some Alaskan journalists and read in some of their style sheets the claim that ‘Alaskan’ should be used only as a noun referring to a person and should never be used as an adjective. However,” Tabbert added, “this rule certainly doesn’t fit Alaskan usage, including much journalistic usage.” 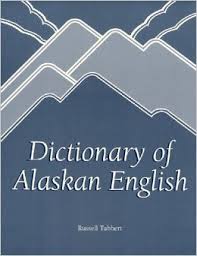 he label “pedantic,” or “giving too much importance to details and formal rules, especially of grammar,” is popping up more frequently, following a trend towards picking nits generally, especially online. A number of hoary English grammar rules sprang from well-intentioned Victorian classists who wanted to impose on our inconsistent English the regularity of Latin. Many of these rules, like “no dangling participles,” have been abandoned by popular usage. Some were overly-contrived from the get-go. As Debra Crosby, my favorite online grammarian, recently posted, “I before e, except when you run a feisty heist on a weird beige foreign neighbor.”

The Internet abounds with incorrect misspellings and flawed grammar, which invariably drives some well-lettered friends to distraction and occasions them to post corrections online. Is this pedantry, or is it justifiable raging against the darkness of miscommunication? And how to take well-meaning online articles like “Five Thinking Strategies of Good Readers,” taken from an excerpt of Brenda Smith’s “Breaking Through to College Reading”?

Smith’s strategies include “Form Images,” “Draw Comparisons,” and “Check Understanding.” “For good readers,” Smith writes, “the words and the ideas on the page trigger mental images that relate directly or indirectly to the material. Images are like movies in your head.” She suggests comparing what you’re reading to your existing knowledge, and keeping “an internal summary or synthesis of the information as it is presented and how it relates to the overall message” while supervising your own comprehension.” The other strategies were “Make educated guesses” and “Do not accept gaps in your reading comprehension.”

That’s easier said than done, especially while reading, and imagine low-level readers trying to follow that advice. My recommended strategy for reading promotion is: “Make It Fun.” Reading’s difficult, but we crave entertainment, and reading’s far easier when it’s also thrilling, hilarious, informative, or intriguing, for our brains are wired to “Delight in the Unexpected.” That’s the subtitle of a 1963 Atlantic Magazine article by Walt Kelly, creator of the Pogo comic strip. Kelly wrote that “Inserting bounces into alread

y formed speech, you get something like ‘horribobble.’ There is no deep meaning behind the device … The Pogo speech pattern is full of noises signifying nothing more than the grunts of a determined grandfather eating corn.” Humorists know that humans find amusing verbal discombobulates engaging.

Kelly suggested not getting bogged down in rules. To get kids reading, “It is not important to communicate exact shades of meaning, but it is necessary to get across a sense of fun.” The fun goes out of reading for many boys around third and fourth grades, so the locally-grown Fairbanks Guys Read program has won awards by showing those very boys how much fun books can be by featuring books that are “boy-friendly” in content and accessible to low-level readers while entertaining good readers.

While the boys read silly books for the sheer fun of it, they’re honing vocabulary, comprehension, and other skills that will carry over into more serious reading. “Reader” is a pretty good label, and

as Star Trek’s George Takei noted, “A child who reads will be an adult who thinks.”

Gallivanting with Montaigne and Reading Deeply »
« Old Wives Tales, Malarkey, and the OED