Cicero the Roman once wrote, “Old nature is by nature rather talkative,” and, being something of a chatterbox all my life, I better start apologizing to future listeners now. That’s why I read with particular interest an Economist article from last July titled “Why Men Interrupt.” It’s focus was “mansplaining,” a new term that Wikipedia describes as “a portmanteau of the words ‘man’ and ‘explaining’, coined around 2008-09 to describe a well-known social phenomenon commonly experienced by women, whereby man who describes some topic to a woman, habitually does so in a patronizing and condescending manner, perhaps unwittingly, and often despite having limited knowledge himself, bec 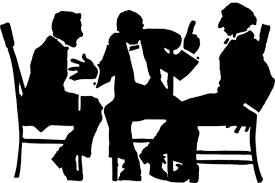 ause of the gender assumption and stereotype that a woman needs matters explained much more simply.”

The concept’s been around far longer and was described by Deborah Tannen, a Georgetown University linguist, in her 1990 book “You Just Don’t Understand.” She wrote “The reason is not – as it seems to many women – that men are bums who deny women authority … but from the differences in men’s and women’s styles” The article adds that “men talk to determine and achieve status. Women talk to determine and achieve connection.” Moreover, “men mansplain to each other.” Studies show that in men’s conversations there’s an element of competition and dominance, and “either those who have the most to contribute, or those who are simply better at dominating the conversation, are taking most of the turns … while women show more flexibility in their dominance patterns.”

This line of thought meshed nicely with a book I’m reading: “1616: the World in Motion” by Thomas Christensen. Among the many surprising things happening in that particular year, Christensen looks at how the roles women traditionally played in society were starting to change. It included a description of Lady Mary Wroth, whose romance novel, “The Countesse of Mountgomeries Urania,” made her the first published woman novelis

t in English. Her husband was a sporting nobleman more interested in hunting than in literature. It’s telling that the only book dedicated to him in a time of rampant bo 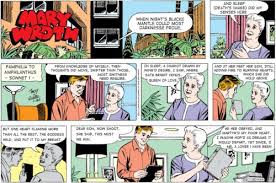 ok dedications to titled men, was a study of mad dogs. When he briskly ran through all their money and died, by law their estate went to his nearest male relative, an uncle, instead of Mary. So she turned to her pen to survive and did so, garnering the esteem of no less than Ben Jonson, though she ruffled the feathers of most other literary men.

“1616” was critically well-received. The Cleveland Plain Dealer, for example, called the book “a delight, an adventure,

a reading and visual treat of the first order. Once you hold it in your hands, and the sumptuous, well-chosen illustrations fall open, its $35 price-tag will seem like a bargain.” Checking it out from your public library makes the bargain even better. That’s what I did and found it so interesting that I bought my own copy to enjoy at my leisure. This is quite common and the reason why public libraries and bookstores have long had a strong symbiotic relationship.

A PEW Research study released last summer noted that not only do most Americans use their public libraries regularly, “those who use libraries are more likely than others to be book buyers and actually prefer to buy books, rather than borrow them.” In short, we test drive our books at the library, and those we really like we purchase. PEW found that e-books are growing in popularity, “but just 4% of Americans are ‘e-book only’ readers.”

That’s why book-lovers and library users patronize both their local bookstores and libraries. Gulliver’s Books and Barnes & Noble enrich the local literary scene in many ways, from providing a ready source of books for “right now” purchasing to sponsoring author appearances and promoting local writers and reading initiatives. They’re a 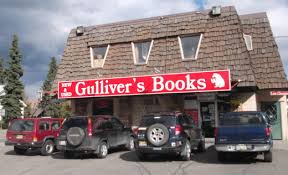 lso staunch defenders of the “Reader’s Bill of Rights,” which I recently encountered posted at Gulliver’s. Penned by the French essayist Daniel Pennac in 1996, it includes “The right to read anywhere,” “the right to browse,” and, since there are so many good books out there and so little time to enjoy them, my favorite reader’s right is, “the right not to finish.”