“Preference” is defined in Ambrose Bierce’s “The Devil’s Dictionary” as “a sentiment, or frame of

mind, induced by the erroneous belief that one thing is better than another.” Bierce’s take on preferences sums up the situation described recently in the journal Frontiers in Behavioral Neuroscience of a Dutch man who was consumed by his obsessive-compulsive disorder.

University of Amsterdam researchers examined a patient anonymously called “Mr. B.” who scored 33, or “extreme,” on the Yale-Brown Obsessive Compulsive

Scale, or Y-BOCS, which tops out at 40. “In spite of extensive treatment with pharmacotherapy and cognitive behavior therapy, symptoms were still overpowering, and Mr. B remained extremely hindered in daily living.” He underwent Deep Brain Stimulation surgery, or DPS, and electrodes were implanted deep in his brain to stimulate areas related to his disorder. Six months after his “optimal stimulation parameters were adjusted,” Mr. B’s Y-BOK score dropped to 8 points. He “felt very confident, calm and assertive, and he started to call himself ‘Mr. B II’, the new and improved version of himself.”

There was one side effect relating to his musical tastes. “Mr. B had never been a huge music lover,” but he enjoyed Dutch-language songs, the Beatles and especially the Rolling Stones. For forty years his “taste in music had always been very fixed,” but a half-year following his DBS, he accidentally heard Johnny Cash singing “Ring of Fire” and was “deeply moved by t

he raw and low-pitched voice of the singer,” especially Cash’s recordings of the 1970’s and 80’s. “Mr. B reported that he felt good following treatment with DBS, and that the songs of Johnny Cash made him feel even better. From that moment on, Mr. B kept listening simply and solely to Johnny Cash.” Although Mr. B played almost simply and solely Johnny Cash songs for the following years, the music never starts to annoy him. From the first time Mr. B heard a Johnny Cash song, the Dutch-language songs, the Beatles, and the Rolling Stones have been banned. Except when the stimulators run down … Then Johnny Cash is unconsciously ignored and his old favorites are played once again, just as it was for the past 40 years.”

Given the choice, I prefer the Beatles, many of whose tunes appeared alongside significant growing-up situations, like first hearing “Yesterday” initially at the first school dance I attended. My 8th grade was spent in Vermont, whose views on dancing differed from Abilene, Texas. “Yesterday” has been covered 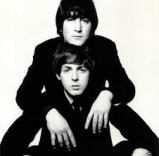 by other artists over 2,200 times, a Guinness record. Paul McCartney heard the tune in a dream and wrote it down, but felt he must have heard it somewhere, a fear psychologists call “cryptomnesia.” McCartney eventually claimed the music and began writing the lyrics. As mentioned in the biography, “Paul McCartney: Many Years From Now,” he and John Lennon used the phrase “scrambled eggs” and other unrelated terms to fill in blanks in the lyrics as they’re being written. In this instance, “Scrambled eggs, Oh my baby, how I love your legs” came before “Yesterday, all my troubles seemed to far away.”

Preferably, what I read is printed. Digital writing certainly has merits, but like Ray Bradbury put it, e-books “smell like burned fuel” compared to the “two perfumes to a book. If a book is new, it smells great. If a book is old, it smells even better. It smells like ancient Egypt.” The Sense of Smell Institute says Aromas are digested in the brain’s limbic system, where memories and emotions are also processed, and they’re often strongly linked. So humans recall smells with a 65% accuracy after a year, compared to the 50% recall of photo images after three months.

the paper and bindings. If there’s too much, pour a layer of baking soda, charcoal, or other odor-absorber in a clean trash can, put a milk crate on top, fan your book out and close the top for several days. Or spend $60 for that new book smell with a perfume called “Paper Passion.”

Oilmen and cattlemen sometimes refer to their industries’ stenches as “smelling like money,” well, walking through a well-maintained library smells like wisdom to a bookman.