Last week brought a new appreciation for animal-oriented names, especially daddy long-leg spiders, carpenter ants, and the expression “monkeyshines.” But first, let’sconsider the hyphen. Though not a “hyphenite,” which, according to UrbanDictionary.com is a newly-minted w

ord for “a type of racist” who employs terms such as “Mexican-American” instead of saying “American.” I do admire grammatical hyphens, as defined by the Macmillan Dictionary: “the short line (-) used for joining two written words or parts of words, or for dividing a word at the end of a line of writing.” Since these columns are limited to 700 words, humble hyphens have occasionally helped me reach that demarcation.

It’s an old word, coming from the Greek “huphen,” meaning “a sign indicating a compound word or two words which are to be read as one.” Hyphena 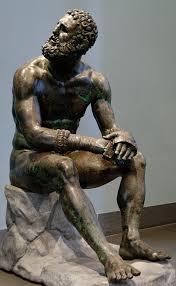 tion was recently discussed at the online Daily Writing Tips website, particularly “a trend towards having the prefixes and suffixes separate from the modified noun instead of being attached or hyphenated,” like “non negotiable” and “post surgery.” A discussion of the prefixes “non-“ and “post-“ and the suffix “-wise” ensued, but there were two main upshots. First, American dictionaries tend to make one word out of two words that the British dictionaries usually hyphenate, and second, “hyphenation is not an exact science,” which is good news for this rabid hyphenator.

A surprising University of California, Riverside report began “Daddy-Longlegs are one of the most poisonous spiders, but their fangs are too short to bite humans.” They go on to say that’s a popular myth, and the insect known as daddy-longlegs, daddy long-legs, or daddy longlegs, according to your hyphenating inclinations, is instead a benign scavenger. Daddy-longlegs and daddy-longlegs spiders are entirely different creatures. The first are of the Opiliones Order not spiders, having two eyes versus the eight eyes found on 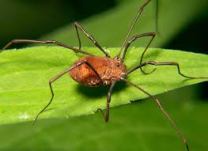 the equally spindley-legged spiders that resemble them.

There are some “badly broken words,” according to an article by James Harbeck on TheWeek.com website. He described how words can be formed from several bits of words over time, only to evolve into shortened words that don’t match the original parts.  “Helicopter,” for example, didn’t come from “helio” and “copter,” but from the Greek “helicos,” or “spiral,” and “pteron,” or “wing.” “Info” is derived from “information,” which comes from combining “in,” “form,” and “ation.” “To inform someone is to shape their knowledge – to put it ‘in form.’ Or, for the short version, “info.”

Last week the website A.Word.A.Day featured “words that sound dirty, but aren’t.” “Assonance,” for instance, means “The use of words with same or similar vowel sounds but with different end consonants,” as in “the o sounds in Wordsworth’s ‘A hot of golden daffodils.” “Inspissate,” on the other hand, means “to thicken or condense,” and “formicate” is defined as “to crawl with ants” with “formica” being Latin for “ant.” This caught my attention, for I’d just perused the public library’s co

py of “Carpenter Ants of the United States and Canada” by Laurel Hansen, since our woodland home is being visited by more of these guys than usual. Despite my antipathy for them, it was fascinating to learn how they spray formic acid for defense and have topochemical sensing that allows them to use scent molecules to denote height and other dimensions

“Monkeyshines,” on the other hand, sounds innocent but isn’t. I came across a 2007 article from GrammarPhobia.com that mentioned the word’s roots. “It first appeared in 1828 as ‘munky shines’ in a song by Thomas ‘Daddy’ Rice, a popular white comedian who performed in blackface.

In the song ‘Jump Jim Crow,’ Rice sings and dances as an old plantation slave: ‘I cut so many munky shines, I dance de gallopande’ … a 19th century dance. The song also gave us the term ‘Jim Crow’ for segregation.”

I love dancing with words and learning their origins and distinctions, even when they’re disturbing. “When I use a word,” Humpty Dumpty said in a rather scornful tone, “it means just what I choose it to mean – neither more nor less.” “The

question is,” said Alice, “whether you can make words mean so many different things.” “The question is, said Humpty Dumpty, “which is to be master – that’s all.”

Duck Bill Hickok, the Influential Rich, and Public Libraries »
« The Tao of Soccer and Other Factoids