Bo Diddley on Life and Mark Twain on Grammar

Wise researchers know to always take the source of new information into account before accepting their advice. Take Ellas Otha Bates, for example. Samples include his advice about diet: “Eat anytime, anything you can get your hands on. I mean it!”; about money: “Always take a lawyer with you, and then bring another lawyer to watch him.”; and health: “Whenever you get to feeling weird, take Bayer aspirin.”; and fighting: “I can’t go around slapping people with my hands or else I’d go broke. So I take karate and kick when I fight.”

Bates was better known by his stage-name, for he was the rock-n-roll groundbreaker, Bo Diddley. That explains his advice about romance: “I

f you want to meet a nice young lady, then you try to smell your best … Then, you don’t say crap like ‘Hey, don’t I know you?’ The first thing you ask her is: ‘Are you alone?’ If she tells you that she’s with her boyfriend, then you see if the cat’s as big as you … And for God’s sake don’t be pulling on her and slapping her. You don’t hit the girls! If you do this, you can’t miss.”

In 2010, the public library in Redding, Connecticut, appropriately named The Mark Twain Library, discovered a collection of reviews by one of the more famous critics in American letters. Twain moved there in 1908 and, finding no public library, donated $6,000 and thousands of books to start one, lean

ing on his friends, including Andrew Carnegie, the patron saint of American libraries, to help. Twain also donated 400-500 volumes from his personal library, many of which contained notes, or marginalia, he habitually scrawled.

“The English of this book is incorrect & slovenly & its diction, as a rule, barren of distinction,” was his evaluation of the autobiography of Lew Wallace, a union general in the Civil War and eventual author of “Ben-Hur.” Twain read widely a 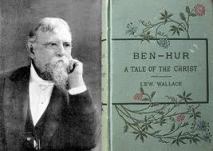 nd well, from the history of steamboat navigation and Josiah Flynt Willard’s study of vagrants, “Tramping with Tramps,” to fiction like “Verne’s “Around the World in 80 Days,” to works on religion, history, arts, and politics.

Twain apparently was a natural English teacher, correcting the grammar and spelling mistakes he encountered. For instance, page 249 of his copy of “Departmental Ditties,” by his pal Rudyard Kipling, had “heaved” changed into “hove,” and a semi-colon inserted for an

Books gain pecuniary value merely by being owned by literary greats, and books they wrote can be worth far more. Bookfinder.com, my favorite resource f

or pricing old books, says a mere $37,510 will buy an autographed copy of “Adventures of Huckleberry Finn,” for example. But remember “caveat emptor,” or “buyer beware,” certainly applies in the book-collecting world. That first edition you’re so proud of, for instance, might actually be a second or third printing of the first edition, and not a “true” first edition, and if it’s a book-of-the-month first edition, it’ll be worth much less.

You’ll find valuable advice at the “Collector’s Corner” of the BMDBooks.com website. Check the book’s copyright page, and even if it says “First Edition” but not “First Printing,” check the 10-digit string of numbers that follow. For most publishers, “if the single character 1 or A appears in the row, it is a first printing. It may appear at the beginning or the end of the row.” Early 20th century older books might not include number rows, but if the copyright and printed dates are the same, “it’s probably a true first edition.”

Of course, all books are valuable in their own right. “What an astonishing thing a book is,” as Carl Sagan wrote. “It’s a flat object made from a tree with flex

ible parts on which are imprinted lots of funny dark squiggles. But one glance at it and you’re inside the mind of another person … Writing is perhaps the greatest of human inventions, binding together people who never knew each other, citizens of distant epochs. Books break the shackles of time. A book is proof that humans are capable of working magic.”